You hear yacht club and you think water, boats, big boats. You think the yacht crowd,

do not think of Little 5 Points in Atlanta. Nowhere near a port or any body of water, the

Euclid Avenue Yacht Club, the nautically themed dive, is all about kitschy 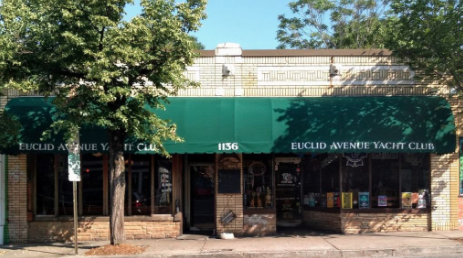 Since 1987, the EAYC has served upscale pub food in an environment

as, “Kind of like Manuel’s on LSD.” And he would know, having worked at the iconic

watering hole of both locals and big time Democratic politicians. 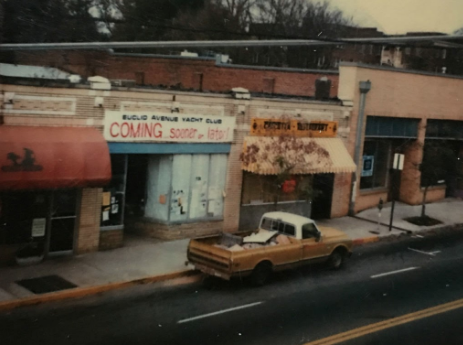 Along with friends, and Manuel’s co-workers, Michelle Janko and Don Sweet,

Hinamin, started the business in an abandoned jewelry store, who’s owner had been in

prison for a couple of years. “The place already had a bit of an edgy feel,” Hinamin

reminisced, “there was a magic and love that has been unrelenting ever since a year

tavern has a little bit of that. But this place… there were magical things that happened

all the time, bizarre things. Good and bad.”

Sweet died tragically in a 1991 motorcycle accident. Janko retired in 2013.

Hinamin worked at EAYC until March of 2020 when COVID forced him to close. The

Manuel’s) would take over the helm of the Yacht Club in 2021, seemed a fitting next

step for the iconic bar. It was welcome news, giving the eclectic neighborhood tavern,

another breath of life, and in a way coming full circle back to its roots.

People, including the regulars, tend to stick around the Yacht Club. There’s a set

of stools at one end of the bar lovingly named ‘The Bullshit Corner.’ The food and the

drinks are better than they need to be, and the mix of stuffed marlins and skulls on the

At the end of one of the articles that used for my research, I found a list of well-

known, semi-famous locals and their memories of the EAYC and I thought to do the 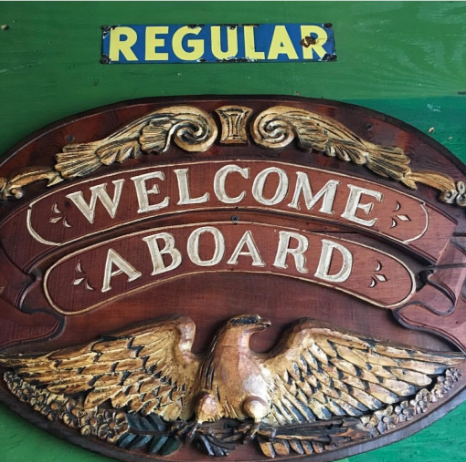 middle of Little 5 Points, saw an open door below a sign that said BEER. I parked on

Euclid, walked into the empty, sweltering tiny space, to be greeted by a guy that went by

the name of Wee-Wee. (he had worked for a urologist.)

I must have looked like I would cry, so he let me sit down and poured us both a

beer. I told him, my story and within the hour, I had a place to live, a friend, and a

hangout. Talk about being in the right place at the right time; the Yacht Club was less

I was sitting at the bar, near the bullshit corner, on the night of October 17, 1989

when the Loma Prieto earthquake shook the stadium in Oakland. One die hard sports

fan yelled, “It’s a fucking earthquake!” It was one of the rare times the bar was silent as

everyone stared at the tiny TV in the corner, until the flickering picture came back on.

Then there was the time Hippie, Michelle, and Don took motorcycles up to the

mountains and left Robert, a long-time manager and friend (also a Manuel’s alumni), in

charge. The night they returned, Robert had changed the bar to an Italian restaurant,

complete with red and white tablecloths, bread sticks on the tables, chianti bottles

covered in melting wax, and Volare’ blasting from the Rolling Stones accustomed

speakers, and the throats of regulars, welcoming them home.

season at Callenwald, between Wee-wee and his long-time finance’, Mitzi.

I am the proud owner of one of the original EAYC Parking stickers, allowing me

to park on in front of the bar, if I could find a spot, like everyone else. It was a thing. It

was being part of the cool kids of L5P back then. But then again, everyone that walked

through those doors, was embraced into the cool kid’s club.

While a delicate balance of strangeness and originality has been maintained

through the gentrification of residential areas around Little Five Points, EAYC has been

left for the most part, to its own quirky self.

And like so many locally owned small businesses in our fair city, the backbone of

neighborhood life, the result of hard work, community support, and good karma, this

too, is the legacy of Hippie, Michelle and Don, the Euclid Avenue Yacht Club, long time

regulars and first timers, and the neighborhood of Little 5 Points; everyone was

welcome 34 years ago, and everyone is welcome today.

To continue searching, you must agree to the Terms of Use.

For the best experience, please provide your cell phone number and select accept below to opt-in to our Terms & Conditions and Privacy Policy to begin receiving text and voice communications.

or make a new notebook

Verify the value of your home,
maximize your investment and see local market activity.

We just need your phone number to finish creating your account.